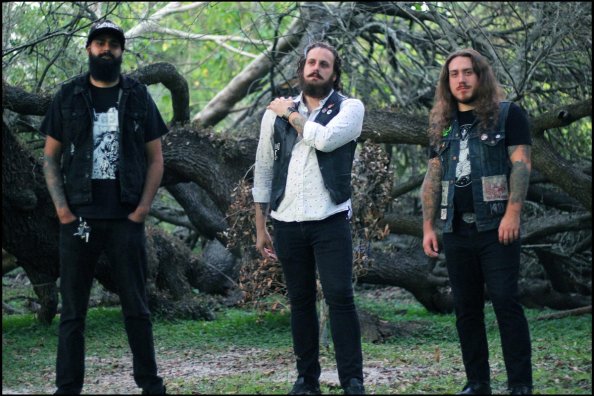 Originally self-released last October, the album quickly came to Ripple Music’s attention, largely via cult commendations from fans, players and followers alike across the online community. Throbbing with doom-laden and imposing compositions like, ‘Serpentine Fiend’ and ‘Haze Arcane’, along with phased riffs and pulsating rhythms, for the Tampa Bay trio Planetfall marks a huge step up from their 2015 debut, Oracle Prophecy.

For those that already au fait with the old school aesthetics of 70’s hard and classic rock, gnarly and gnarled desert fuzz and swirling guitar solos, Beerwolf were practically raised to hunt you down. And now, thanks to the solid appreciation of those at Ripple Music they will have that rare second chance to make a killer first impression, on a grander stage and to a wider audience when the album gets its official worldwide release next month.

Planetfall by Beerwolf is officially released worldwide on 24th August through Ripple Music. Stream and share the album in full here and pre-order from Ripple Music here.

“Planetfall is a superb album that’s sure to be a serious contender for many of those end of year lists so beloved by fans and critics alike.”
DESERT PSYCH LIST