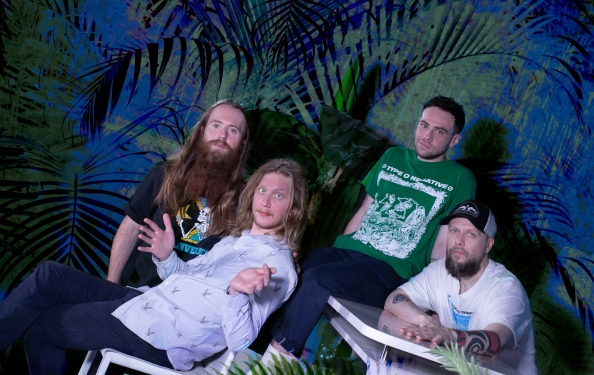 Originally formed in Moscow in 2004, Russian quartet Montezuma’s Revenge are not only a formidable and highly impressive sludge rock machine, they’re quite possibly one of Eastern Europe’s best kept underground secrets.

Despite having put out a steady stream of music for over a decade and a half while sharing stages with the likes of Crowbar, Mastodon, Red Fang and more, their latest single heralds the band’s first official offering of new music since their phenomenal 2017 sophomore album, Them.

A slow swirling hammer attack of riffs and cosmic doom, ‘Comfort of the Sick’ is a heavily weighted like pendulum swinging menacingly between celestial rock and relentless stoner metal. As guitarist Ilya explains, it showcases a marked development on their earlier sound.

“This is one of our very few ‘radio friendly’ songs, and it’s very fitting that we recorded it with our new vocalist Andrew, who could sing the Pope out of the woods. It’s almost a song within a song. We laid down the riff in no time, played around with the bridge, some synths and our friend Alexei added a hint of black metal tremolo to really tie it all together and bring it on home.”

Recorded and mixed at DTH Studio by Andrew “Astro” Gankin, and mastered by Ilya “Marvel” Gorokhvodatskij, ‘Comfort of the Sick’ is the first track taken from the Muscovites third, as-yet-untitled studio album, which will be released on 19th February 2021.