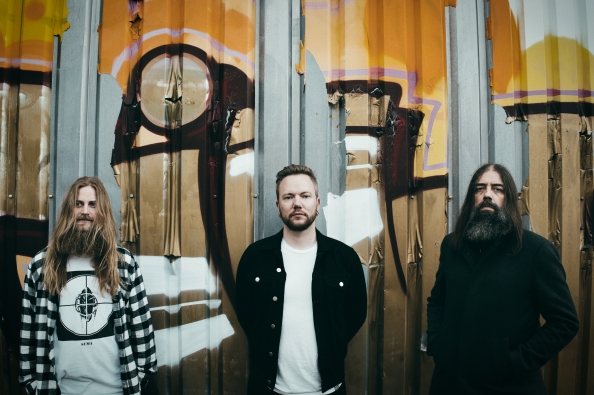 Majestic Mountain Records – Stockholm’s leading underground merchants for heavy rock and metal – is thrilled to announce the signing of Danish hardcore sludge trio, Dirt Forge, for the release of their new album Interspheral this November.

Originally founded in 2013, Interspheral is the follow-up to the band’s impressive 2017 debut Soothsayer and across seven tracks, the Copenhagen-based sludge triumvirate return to relentlessly crucify and bludgeon waves of torrential guitar tone. Effortlessly ebbing and flowing between righteous riffs and walls of merciless atmosphere the album is devastating in both scale and scope and its monstrous, split personality is perhaps best exemplified on new single, ‘Ascension’:

“It’s one of the fastest songs we’ve ever written,” explains guitarist and singer, Alexander Kolby. “We wanted to do a track that challenged us, and thus ended up with this proggy, punky post-metal-ish song that we’re very proud of it.”

Dealing with themes of existential fear and the inevitably of the eternal void, the band worked closely on a music video with director Chariot of Black Moth, whose singular and monochromatic style suited the dread and despair of the themes running rife throughout the song.

Gorgeously chaotic, the heaving mass of hardcore with a post-metallic heart that is Interspheral will be released on 11th November via Majestic Mountain Records and can be pre-ordered here.

Watch the video for ‘Ascension’ below!