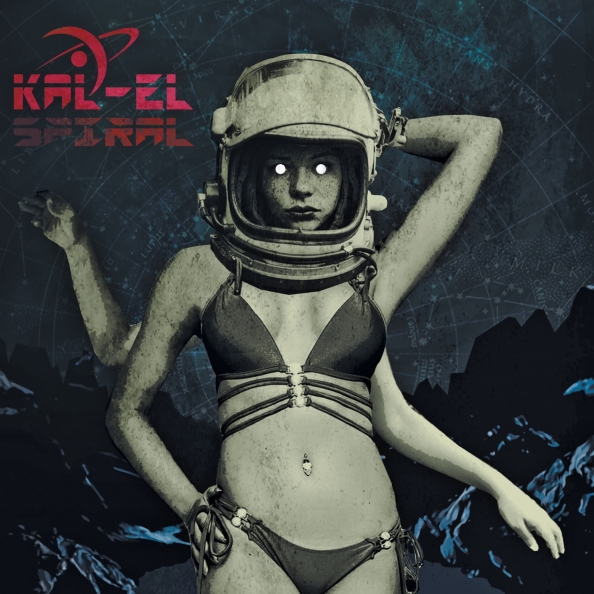 Originally formed in 2012, Kal-El’s star has been in the ascension following some impressive and highly sought-after releases.

With four albums already to their name – 2012’s Pakal, Astrodoomeda (2017) and 2019’s critically acclaimed, Witches of Mars – following the release of ‘Comêta’ last year, the band return this month with the second single from their upcoming album, Dark Majesty.

As new single ‘Spiral’ showcases, the band’s glorious universe of sound comprises of bass-heavy grooves, detuned guitars and mind-warping lyrics, and like a wayward son of hard rock and heavy metal the quintet have spent a lot of time on the road over the years, honing their tone on the road.

“We are very proud of ‘Spiral’ and we can’t wait to share the full record with everyone later in the year,” explains Kal-El vocalist, Captain. “Our first single, ‘Comêta’, was received beyond our expectations and we’ve got a load of things lined up throughout the summer, leading up to the release of Dark Majesty. All will be revealed soon.”

Dark Majesty, the brand-new album by Kal-El is due for release this Autumn but you can stream and share their new single ‘Spiral’ ahead of its official release on 29th January below.