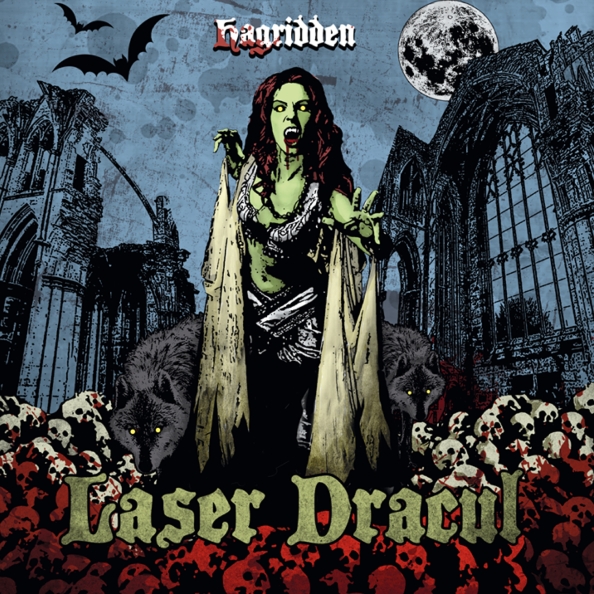 Having first met in the late 90s over beers in Borlänge – a small Swedish town with a history forged from iron – Henrik, Lars and Michael struck up a pact whose potential would not be fully realised for almost fifteen years.

Apart and each to their own, bands came and went, guitars picked up and thrown down, lives lived, passions stirred, until one fateful day in 2014 when the trio came together once more to throw caution to the wind and horns in the air. Booking session time at Sellnoise Studio they instantly reconnected and in doing so produced a fantastic four-track, self-titled album of searing filth and down-tuned overtures. Old school doom. Sludge rock. Provincial folklore retold in aural form. Wherever the years had meandered prior and whatever promises borne, Laser Dracul had finally come of age.

Following the release of Laser Dracul on Ván Records (2016) the band gigged around Sweden and Germany for a while before returning to Sellnoise to mine inspiration once more. Fast forward to 2020 and with the promise of a fruitful year looming, lockdown hit. Thankfully however, not before the trio recorded their much-anticipated full-length follow-up in Hagridden, which gets an official worldwide release on 25th September via Majestic Mountain Records.