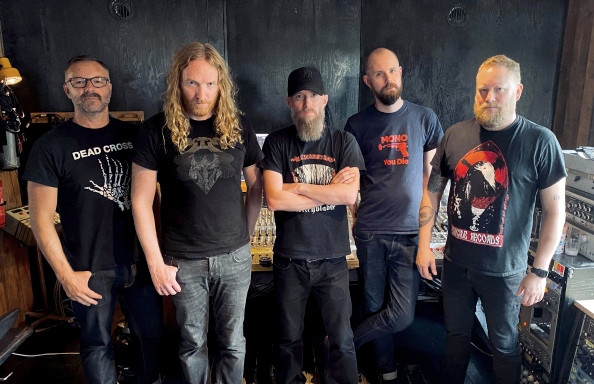 Recorded over three days in the summer of 2020 by Per Stålberg and Kalle Lilja at Gothenburg’s Welfare Sounds, Madness Comes is the debut EP from Sweden’s deadliest death metal assembly, Grand Cadaver.

“I heard two songs from an early demo and I just knew I had to release it,” explains Majestic Mountain Records’ Marco Berg. “When I heard the final master, I was blown away! Grand Cadaver honours old-school death metal but put their own spin on I and the production is some of the heaviest I heard in years.”

From traditional thrash metal through to Stockholm Death Metal, consuming doom and progressive rock along the way, Grand Cadaver was established to celebrate the history of the extreme music, while seizing the moment to hang out, drink beers and share riffs and great music with friends and close allies.

Grand Cadaver’s debut EP, Madness Comes, won’t be released until February 2021 but you can listen to their new single ‘Fields of the Undying’ now via Metal Injection – https://bit.ly/32Qe3iR